What to know about Cat6 VS Cat6a Pure Copper Ethernet Cables?

The use of Ethernet cables is increasing with every passing day. It is due to the increase in the demand for data transmission. The world is squeezing down into a small world of the internet. The transmission of information from one person to another become quicker and quicker. All this is achieved by putting more into the advancement of technology.

The high-grade Ethernet cables are part of this advancement. Especially, the introduction of category 6 Ethernet cables has changed the complexion of the networking industry. Cat6 and Cat6a are the main Ethernet cables of Category 6. These cables become a mandatory part of the modern-day cabling structures in the new buildings.

You will find a lot of different manufacturers manufacturing these cables under different brand names. There are specific set standards to check the quality of these cables. These standards are set by the regulatory bodies of the region. For example, in USA ETL/UL are the listed regulatory bodies. The cables come with the mark of ETL/UL on them and are certified by these bodies. Most of the customers like to purchase only those cables that are certified by these bodies. 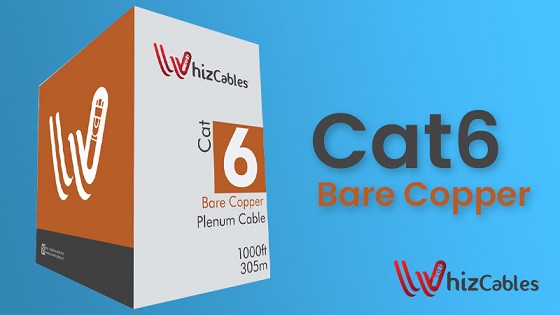 In this article, we will discuss both to some extent to make it easier for our readers to understand the real difference between these two cables. This will help them in buying the right cable for their networks.

Category 6 Ethernet cables are available in different variants in the market. The most common variants are plenum and riser. The plenum cables are superior in performance and features in comparison to the riser ones.

Cat6 plenum and Cat6a plenum pure copper cables are highly efficient. These cables can be used at any place in the network. Whereas the riser variants of Cat6 and Cat6a can only be used in the riser spaces in the buildings.

Mostly, Cat6 and Cat6a Ethernet cables are manufactured with pure copper conductor wires. This material is known as one of the best conductor materials to transmit data. It is capable of transferring more energy into the system rather than wasting it in the atmosphere. Cat6 Solid Copper cable is the best option for small commercial networks and home users.

Network engineers look to increase the data transfer speed of their networks to enhance the performance of the users. This is achieved by installing high-performance Ethernet cables in the networks.
In today’s modern world, most network engineers prefer to use Category 6 Ethernet cables in their networks to get the best results. Especially, when they are designing huge commercial networks like schools and hospitals, they prefer to use a more advanced version of the Ethernet cable in the form of Cat6a plenum cable.

On the other hand, for small commercial and home networks, it is recommended to use Cat6 plenum cable as it provides the same results as Cat6a in them. The Cat6a cable is capable of transferring data at a speed of 10Gbps at a bandwidth of 750MHz. The Cat6 cable matches this data transfer speed up to a distance of 50 meters.

There are two types of Ethernet cables concerning their shielding. One is known as shielded and the other one is known as unshielded cables. Cat6a cables are mostly shielded. The conductor wires of the Cat6a Ethernet cable are protected with extra foil shielding. This shielding enhances the performance of the cable against interference factors to a great extent.

On the other hand, this extra shielding is missing in some variants of Cat6 Ethernet cable. This is why the network engineers prefer to use Cat6a shielded plenum cables in the networks which are located at the places where the interference factors are high.

If you think the interference factors are not that high to impact the performance of your networks then you can use unshielded Cat6 Ethernet cables as well. The shielded cables are expensive in comparison to the unshielded cables.

The difference in Bandwidth: –

After analyzing both cables, we conclude that Cat6a Plenum pure copper cable is more efficient than Cat6 Plenum pure copper cable. This is why it is recommended to install in the huge commercial networks to get the best performance out of the employees. The only disadvantage of using Cat6a plenum cable in small networks is its high cost. Therefore, if you do not have any budget issues then you must go for the Cat6a plenum cable.