Everything You Need to Know About Gameplay Recording

1. What Is Gameplay Recording?

Gameplay recording is the process of capturing video footage of oneself playing a video game. This can be done for a variety of reasons, such as creating a walkthrough or tutorial, demonstrating skill at a game, or simply sharing one’s gaming experience with others. 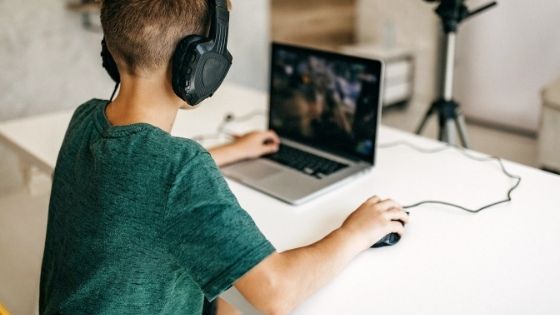 There are several ways to record gameplay, ranging from dedicated hardware devices to software that uses a computer’s existing components. Many modern games also include built-in tools for recording gameplay. Regardless of the method used, gameplay recordings typically capture audio as well as video, and often provide the option to include commentary over the footage.

There are a few things you need to know before you start recording your gameplay. First, you need to make sure that your computer can handle the recording process. If you’re not sure, then it’s best to check with the game’s requirements or ask someone who knows more about computers than you do. Second, you need to choose a good Logitech headset and recording software that suits your needs. There are a lot of different options out there, so do some research and find the one that’s right for you.

Once you’ve got everything set up, it’s time to start recording! To do this, simply start playing the game as you normally would. The recording process will begin automatically, and you’ll be able to see the recording software’s interface while you play. From here, you can start and stop the recording, change settings, and more.

4. How To Start Your Own Gameplay Recordings

The best way to start your own gameplay recordings is to invest in a good-quality capture card. This will allow you to record your gameplay footage directly from your gaming console to your computer. Once you have your footage, you can then use video editing software to edit it and add any effects or commentary that you want.

If you don’t want to invest in a capture card, you can also use screen recording software to record your gameplay. However, this method won’t provide the same quality as a capture card and it can be more difficult to edit the footage. Whichever method you choose, starting your own gameplay recordings can be a great way to share your gaming experiences with others.

If you’re interested in recording your gameplay, then there’s no time like the present to get started. Follow the steps we’ve outlined in this blog post, and you’ll be well on your way to becoming a pro at it! Who knows, with enough practice you might even be able to make a career out of it.

The Best Eye Glow Gel for Radiant Under Eyes

How Tech is Changing the Process of Manufacturing Products

How Tech is Changing the Process of Manufacturing Products