Demands from different industries fuel the constant expansion of computing. At the moment, the main goal of current research is to develop disruptive methods for delivering new computing capabilities.

A promising strategy, quantum computing may provide new capabilities in reliable data storage, safe processing, and practical applications. Hence, for a better grasp of the topic, this article sheds some light on the seven main uses for quantum computing.

Contemporary computing cannot resolve the problem of choosing which resources to invest in and which ones to dissociate from. And your future financial gains will depend on how well-maintained your portfolio is now. 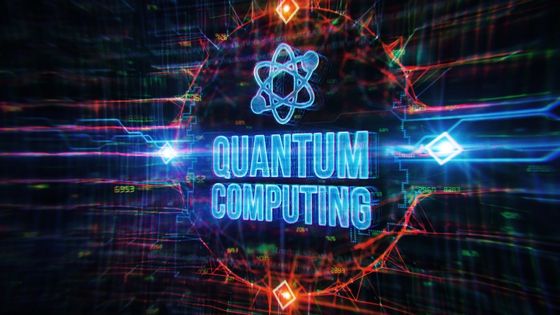 Hence, you’re advised to consider portfolio optimization because it is important to balance risk and anticipated rewards. However, this’s a tough challenge for ordinary computers to address, but quantum annealing may provide quick solutions.

Some types of cancer may be treated if they are detected early enough. And radiation therapy and surgery are only a few options for this treatment.

Beam optimization is crucial in radiation treatment for cancer. Radiation supplied to a patient destroys the cancer cells within the area which it impacts.

Various radiation techniques have been invented in the previous decade that leverage traditional computers. Nonetheless, in 2015, a team of scientists at the Roswell Park Cancer Institute came up with a novel method of capitalizing the radiation beams, which deploys quantum annealing computers.

Machine Learning (ML) and Artificial Intelligence (AI) have emerged as some of the most conspicuous disruptive innovations in the fourth industrial revolution.

Quantum computing, in these instances, concludes many computations in lesser time when compared to conventional computers.

Drug research and testing are tricky subjects where quantum computing can come in handy.
According to a Forbes article, drug creation and launch is a sophisticated process that consumes a lot of time; the whole procedure can take up to $ 2.7 billion. Nevertheless, deploying quantum computing can cut costs and save time.

As a result, quantum computing simulations may serve as a viable alternative to laboratory investigations, opening the door to new kinds of quantum applications.

The development of more advanced computational chemistry methods is yet another potentially lucrative use for quantum computing.

Quantum computation, due to the numerous states and a complicated configuration, might be problematic for ordinary computing systems.

Weather prediction and meteorology would arise as the additional future quantum computer uses.
Currently, the weather forecasting systems that use conventional computers frequently consume a lot of time than they need to.

On the other hand, the robust quantum computing technologies that allow easy and rapid processing of big datasets may turn out to be a solution that is profitable for modelling weather systems.

From giving automatic and accelerated weather prediction systems to enabling researchers to forecast the shift in weather systems with precision, quantum processors can perform it all.

This is further enhanced by weather prediction involving various factors, including temperature and more.
Another benefit is that it will be much easier to implement the climate model correctly, which will help researchers better understand the causes of climate change and how to combat it.

One of the most pressing challenges of our time is gridlock in the streets. Google has attempted to address the challenge by sharing alternative routes and spots with moderate and high traffic.
Nevertheless, this doesn’t tackle the issue of congestion. In 2017, Volkswagen attempted to reduce traffic congestion by dealing with traffic.

With the help of quantum annealing computers, they discovered the best path for a given number of vehicles.

They’ve tested roughly 10,000 cabs in China to demonstrate how this technology can improve traffic faster than conventional processors.

At the moment, quantum computing is still in its infancy, and there is still a great deal of work to be done in this area.

The present state of quantum computing is far from optimal. However, the researchers are confident that it will have many uses. You’ll have to wait and see what the future holds.