What Happened to Vlone?

Although the title of this article is disingenuous, we will be exploring some of the brand’s core aspects that have been ever-present in young culture since its inception. Before we go any further, it’s crucial to note that Vlone is more than just a fashion label; it’s a lifestyle brand that has massively influenced teenage culture. 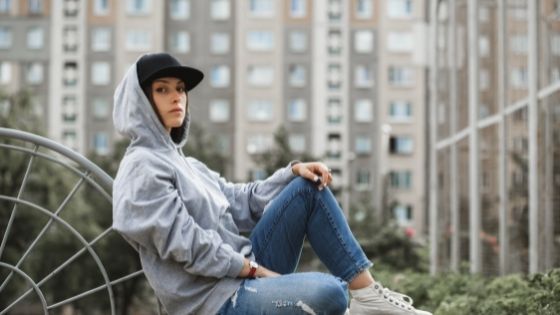 This distinction from the usual streetwear brand is why it’s critical to examine the factors that led to the brand’s present position in the market. Because of this, we can also relate fashion to Vlone through A$AP Rocky’s appearance as part of the A$AP MOB; though it is the flagship, there are numerous pieces to the infrastructure that allows the structure to stand on its own.

The similarities between the ASAP Mob and Vlone don’t stop there: Bari, a founding member of the A$AP Mob, is also the creative director of the lifestyle brand and oversees all things Vlone; Edison Chen, a multi-talented individual, and Vlone designer; and, of course, A$AP Rocky, who, as previously mentioned, was the style icon; and other key members of the Vlone team during its inception were Edison Chen, a multi-talented individual.

What happened to Vlone, to return to the original question? Although Vlone is still highly popular among young people, the brand’s rise to the level of Bape and Supreme has slowed in recent years. This is due to a variety of factors including public controversies, lost friendships, and the brand’s general direction in terms of fashion ethics.

The infamous dispute between creative director A$AP Bari and close friend/mentee Ian Connor in May of 2016 was the first sign of a stutter in the Vlone brand’s seemingly unstoppable rise. Ironically, this dispute was made public at an Off White x Vlone pop-up shop, which was one of the brand’s biggest accomplishments thus far in terms of being connected to a massive brand within the fashion industry.

From this pop-up store to the internet, Bari and Ian’s problems persisted, and followers of both began to focus on the two self-proclaimed brothers’ breakup rather than the enormous partnership that had just transpired.

The conversation veered away from fashion and toward petty squabbles, which was a setback for the Vlone brand because one of its biggest influencers was at odds with its creative director, even exposing the brand’s manufacturers, who suggested the apparel line was a cash grab rather than a high-quality product designed with the consumer in mind. This wasn’t a major setback, but it was a foreshadowing of what was to come.

The public crises involving creative director A$APBari and a sexual assault case that was caught on film and disclosed to the public further hampered the Vlone brand’s progress. As a result, there was a huge outcry from the public, and because Bari was so closely associated with the Vlone brand, this was a major setback for the brand’s progress into the following phases of the fashion hierarchy.

The claims surfaced in 2017, a year in which Vlone made significant strides in the industry, from their debut runway show at Paris Fashion Week to a high-profile partnership with Nike. Their collaboration with Nike was severed as a result of the claims, and they have not attended any fashion week runway events since. It would be impossible to argue that Vlone is not still a vital component of street fashion and young culture after examining some of the factors that have contributed to the brand’s seemingly restricted growth after the controversies.