5G networking is finally here. The technology promises Speedy Outputs and an End to Congestion. This technology is supposed to transform mobile networking and generate new economic opportunities, but how exactly will it achieve this in comparison to 4G, and how is it going?

The Difference between 5G and 4G?

If you haven’t heard of “5G,” you haven’t been paying attention to the latest mobile technology. It promises to revolutionize the way we communicate with each other and the world around us.
Despite numerous setbacks and delays, 5G has arrived in the United States and parts of Europe. South Korea, the United States, and China are leading the way, with 80% to 90% of the population covered. Switzerland, an exception in Europe, has similarly achieved a 90% success rate. 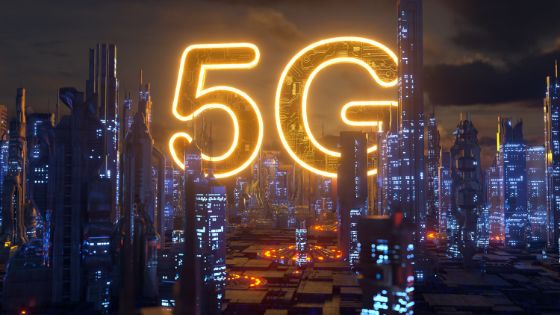 Mobile network operators and technology providers are as brawny as ever about the future of 5G, despite the fact that worldwide deployment hurdles persist. It is predicted that 5G will make up about half of all mobile subscribers by 2027, estimated to be 4.4 billion. It is according to the Ericsson Mobility Report 2021. It significantly increased above the 660 million imported in the previous year. By 2020, more than 80% of the world’s population will be covered by 4G networks.

Many experts believe the pandemic will spur greater use of digital technologies, such as 5G, in the future. Others, on the other hand, remain unconvinced. Opinions on 5G’s disruptive potential are still varied, even though many of the game-changing applications that manufacturers have promised have yet to materialize in any meaningful way.

What Is The 5G Process?

Bytes – data units – are transformed through the air in a digital technology called 5G. As a result of the usage of a 5G New Radio interface and other new technologies, it is possible to send exponentially more data over the air for quicker speeds, less congestion, and lower latency, which is the wait before a data transfer begins following an instruction.

Massive MIMO and 5G New Radio will be installed at all mobile network base stations as part of the rollout of 5G. Massive MIMO, which stands for multiple input multiple outputs in 5G, is a revolutionary digital technology that combines several targeted beams to highlight and track users across a cell site, enhancing coverage, speed, and capacity. Floodlights, which are analogous to current network technologies, provide general illumination at the expense of significant signal/light waste.

How Is 5G Different From 4G?

It was previously challenging to stream high-quality video and make phone calls on the go, but thanks to 4G, these activities are now commonplace. Streaming more video has, however, led to network congestion.

Chris Mills, Tutela’s head of industry analysis, says, “4G is hitting the technical boundaries of how much data it can quickly carry across blocks of airwaves.” Congestion will be a thing of the past with 5G instead of 4G. This means that you won’t be able to access a web browser during rush hour because you won’t have five bars of networking signal.

However, 5G will likely be the most significant difference from 4G in terms of opening up the linked world on a large scale. The next generation of 5G networking is predicted to revolutionize data-driven industries, smart cities, and infrastructure management. It will be feasible to have many more devices functioning reliably, securely, and uninterrupted in the same area. All in all, 5G has significant advantages over 4G in terms of speed, latency, capacity, and efficiency because of the new technologies and spectrum and frequencies it employs.

When It Comes To Capacity, Latency, And Spectrum, How Is 5G Different From 4G?

Using electromagnetic radio frequencies, each operator controls a portion of the spectrum that can be utilized to broadcast sound, data and video throughout a country. A network’s total bandwidth capacity is determined by combining this spectrum.

In today’s world, an operator might only have 100 MHz of spectrum to use for all of its UK customers, but Mr. Mills says that with 5G, that number will rise to about 1,000 MHz.As a result, the system will have less latency, allowing data to travel more quickly.

For 4G, latency can be as high as 30 milliseconds. Still, Mats Norin, program manager at Ericsson Research’s 5G for Industries, believes that with 5G, latency will be as low as one millisecond.
According to him, consumers won’t notice much of a difference, but for industries like long-distance, remote-controlled heavy machinery, it’ll be vital.

What Can We Expect From 5GIn Terms Of Speed?

Vodafone claims that 5G device speeds will be roughly ten times faster than 4G, meaning that high-quality, ultra-high resolution 4K video calls – the standard used in commercial digital filmmaking – downloads will be even speedier to smartphones and tablets. Faster than 20 MS data transfer will be the norm.

There is a lot of 5G hoopla out there, especially for consumers, according to Mr. Mills. There are only a few applications that benefit from gigabyte speeds, such as live streaming an 8k VR headset over a 5G network. Still, for the ordinary user, this kind of performance on a mobile device is not necessary, according to him. “Using a 4G network, live streaming or downloading HD content is really doable.”
For renters who don’t want to be bounded to a particular property, a 5G WIFI router can be used instead of paying for in-home broadband. In the United States, Verizon and AT&T are already conducting experiments.

What Level Of Security Does 5G Provide?

These applications could greatly benefit from network slicing, which can be done much more quickly with 5G and is a great way to adjust speed, capacity, coverage, encryption, and security to specific needs.

According to DritanKaleshi, head of technology at Digital Catapult for the 5G network, “slicing offers manufacturers and others a dedicated network with which they can fully control and support their IoT answers for dependable correspondences, with ensured nature of administration and Cloud or Edge-based calculation.”

On the other hand, Wi-Fi is vulnerable to interference because it uses the same radio frequency as other devices, making it a weaker security option than 4G.

For 5G, “slicing can enable that for 5G extremely easily,” says Mr. Mills.

Many people, if not all, now have access to 5G. First launched in 2019 by EE, O2, Three, and Vodafone, the UK network is currently available from at least one mobile network operator outside 42-57% of residences, according to Ofcom, when compared to 3G, which only has a 99.9% coverage rate.

Non-standalone network supported by the 4G Core Network and a combination of both is the first to be implemented. According to Odenhammar, switching to the 5G Core Network will necessitate a software update. Eventually, he believes, this will start to happen. It’s not just public networks being utilized, but private ones. Only a few companies, such as T-Mobile in the United States, have developed their commercial services.

It’s not yet apparent how 5G will be scaled out in areas of the UK that aren’t commercially viable for mobile network carriers, such as rural areas and remote locations. It’s possible that 5G fixed wireless access, which uses New Radio in the millimeter wavelength to deliver internet connectivity via a router, could play some sort of role in these rural locations, according to Odenhammar.

The rollout of 5G around the world has proven challenging. Some European spectrum licensing was postponed because of the pandemic. Swisscom has been the target of local opposition. After the UK government decided to replace Chinese-made Huawei technology, delays occurred in the UK. Most recently, AT&T and Verizon were compelled to halt deployment near US airports because the FAA warned of signal interference. Since the frequency bands used by aircraft and 5G are so far, this shouldn’t be an issue in Europe.

According to Webb, the cost is the only thing preventing the rollout in the UK and across Europe right now.

Regarding 5G right now, mobile carriers aren’t generating much money; if they were, they’d be able to roll it out much more swiftly and extensively. However, depending on the country, other factors are at play, such as government pressure. It’s time for a few early adopters to illustrate how 5G is transforming their businesses so that others will follow suit.

5 Easy Ways to Recruiting More People to Your Company

Here's What You Need to Know About Data Migration Software