How to Use Facebook Ads for Your Shopify Store More Efficiently?

Running Shopify advertisements on Facebook is an excellent approach to accomplish more than just earning money. In addition, it might assist in expanding your target market and bringing in new clients. Even yet, this isn’t a simple endeavour. There is no one-size-fits-all formula when it comes to advertising these kinds of ads.

Are your paid marketing strategies for your Shopify business not bringing in the desired results? Inquiring about how to run Facebook ads for Shopify and how Google, Facebook, and product feed ads can be performed effectively? You’ve come to the right place. In this article, we’ll cover the best practices for using Facebook advertisements to drive traffic to your Shopify store. 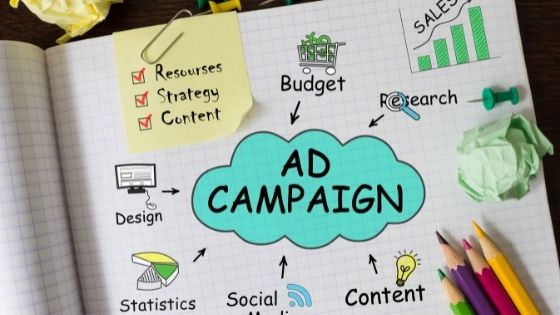 Let’s cut to the chase and get to the topic right away:

Your Shopify store’s paid marketing strategy should begin with understanding why you’re doing it. When you use Shopify advertisements, you get three significant advantages:

It is necessary to create a Facebook Business Manager account if you have not previously done so. It’s as simple as visiting facebook.business.com and signing up for an account.

Installing Facebook Pixel is one of the most important tasks after you’ve set up your business manager account and linked your business page to it.

You may not be aware, but for those of you who are, Pixel can tell you what a visitor does once they get to your site via Facebook ads. Creating and embedding a simple code is all you need to do before you pay for your ad campaigns.

After just a few hours, you’ll be able to see exactly what your Facebook visitors are up to.

It’s now time to find customers who are most likely to buy from your Shopify store’s products by creating a targeted audience. As a result, you can set up a variety of different lists to target specific groups of people based on their interests.

The selection of an audience is heavily influenced by variables such as behaviour, interest, and demographics.

Choosing an aim is an important first stage in creating an advertising campaign. Spreading the word, raising awareness, or persuading someone to make a decision are all examples of this. With your chosen purpose in mind, you will be presented with more comprehensive possibilities that you can weigh against your ultimate target.

Conversions are a good example of an objective to choose if you’re aiming to boost sales. If you want to make a splash in the market, getting cheap impressions may be your best bet (awareness).

Ad sets must be created to test their performance and plan for the future as part of the campaign.

The final stage is to create the ad. Ad creation necessitates the following three factors to be taken into account:

A company page or Instagram account can represent your ad in this step. Another advantage of this is that it allows you to build your brand’s popularity and popularity in the market.

Dynamic Product Ads are one of the most popular and effective ad styles. You may use the pixel data we talked about previously with your Facebook product catalogue so that your visitors see the identical products on your website when they click on your dynamic advertisements. Marketers have exploited this to great effect as a terrific retargeting tactic.

The final and most important phase in the process is to monitor and adjust the campaign’s performance over time. The ad campaign should be checked at least once per day to assess how it is doing.

The trick is to be patient and wait until you have received at least 1000 impressions before considering making modifications, increasing your investment, or discontinuing the campaign entirely.

What To Add In Your Ads?

If you want your advertising to be as effective as possible, you’ll need to include certain crucial information. A clear and straightforward call to action will be necessary for the ad. It’s preferable to be specific and unambiguous in your call-to-action than to be vague and vague. In addition, your writing should be succinct and straight to the point.

The visual appearance of an advertisement is also critical. If you want your ad to be seen seriously, you should present it in a business-like manner. Using high-quality photos and fonts that are consistent with your brand’s look is essential. Avoid using too many pictures or complicated terms in the form of text. People won’t go to your event if they don’t grasp what you’re saying in your ad.

So, Are You Ready To Launch Your Next Facebook Ad?

So, as you can see, launching a Shopify Facebook ad campaign isn’t difficult. Your business goals, target audience, and campaign needs are all that is needed. It’s easy to organize a campaign, build ad sets and go for it once you have it in front of you!

The best part is that you can fine-tune it based on the knowledge you gain during the campaign’s early stages. The trick, as previously stated, is to be patient – it might not work right away, but once you have an understanding, it will absolutely work

How to Save Money on Detailing Products