Social Media and Networking are the new reality of the world and this change was evident with the fact that millions of users remain active on these platforms anytime. However, there are many platforms that you can use such as Facebook, Instagram, and WhatsApp. These platforms help you connect with the whole world but mostly for chatting and posting. Snapchat is in this context different from the other social media apps. 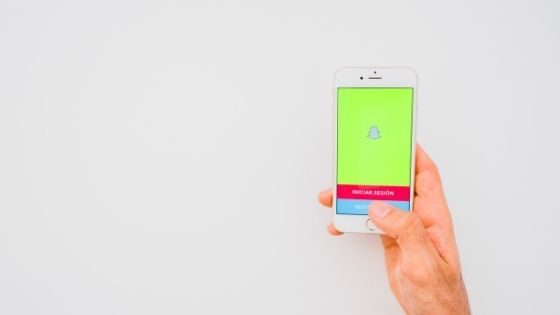 Snapchat is a camera app that also provides you with a platform to share your photos with your friends and family. Snapchat has various trending filters which attract youngsters to it. You can start a streak or chat with your friends in which you can share your latest photos with them. You can audio as well as video call your friend and group of friends with Snapchat, which means though it claims to be a camera app it has all the features of a social media app. That is why Snapchat has seen huge traffic on its platform in the last few years.

However, many of the users have reported that they have faced some problems with their accounts on Snapchat. Most of the issues were regarding their accounts being locked. You might face such a problem if you are also a Snapchat user. In this case, you just have to follow the given instructions to unblock your Snapchat account. But before that, you must know what are the reasons for which Snapchat may block your account.

Before going to the solution, you must know the reason so that you do not face this issue. So, the possible reasons are:

Sometimes it has been seen that some users try to get access to others’ accounts for many reasons. For security reasons, Snapchat locks your account so that the hacker could not misuse it.

Snapchat is a free app where anybody can create an account but some users misuse it to bully or threaten their fellow users which is a total violation of the community guidelines of Snapchat. If you tried doing that, you may get your account blocked.

If you have logged into your Snapchat from too many devices in a very short period then you might know the consequences. Also, if you use a VPN while using Snapchat, it shows your location changing very fast and hence seen as suspicious by Snapchat. In both cases, if you want to avoid the situation of locking your account, you should avoid doing this.

Snapchat has a very fine system for resolving your issues so that you do not face any problems. In this case, too, you have the privilege to choose any of the two given methods to unlock your account. Both the methods are elaborated on very clearly. Let us see how you can go for it one by one.

First of all, go to the unlocking page of Snapchat using the link

https://accounts.snapchat.com/accounts/login/unlock/ and unlock with your Mobile Number and Password. Once you log in successfully, click on the “Unlock” button shown in the center of your screen. This Snapchat.com Unlock feature is very good for those whose account was being compromised and have been locked temporarily.

2. GET IN TOUCH WITH THE CUSTOMER SUPPORT TEAM OF SNAPCHAT:

As we have discussed earlier, the Help Centre of Snapchat is very effective. You just have to go to the link https://support.snapchat.com/en-US/i-need-help/ and follow the given commands: I can’t access my account” > “oh no, tell me us more” > “I think my account has been hacked” > “Need help with something else?> “Yes”. Once you do this, a complaint form will open, and write the details of the issue you are facing. Snapchat will look into the matter and provide you with the best solution to unlock your account and that too within 48hrs.

The last method is not only for a blocked account but you can resolve any kind of issue you face on Snapchat also such as the Snapchat Not loading Snapsissue. However, a detailed solution to this issue is also available at Guidebrain.com.

What Things Should be in Your Web Hosting Services Package?

10 Explanations on Why Digital Marketing Company Is Important