Fantastic FPS or the Terrific TPS: What You Should Play in 2022

And that means more games!

Gamers, be a little bit patient. Before we enter the virtual arena of games once more in 2022, we should try to take care of finding out what we actually want to play. 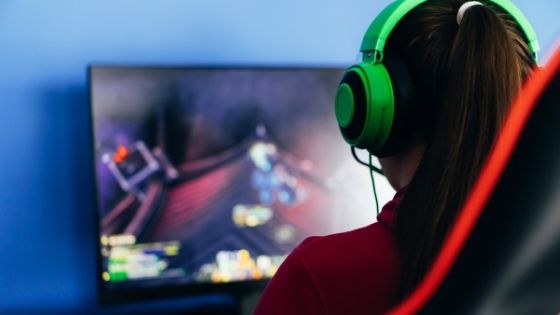 Now, this debate doesn’t necessarily mean that there will be a fight between Metro Exodus(FPS) and The Last of Us (TPS) as both games are very successful in their own fields and you have probably played them both.

And enjoyed them both.

But, you might be having the same question in your mind while playing them both.

So, now it is time we understand the basic differences between the first and third-person games and hunt for some quality gaming insights that can aid us in choosing the right game we might want to play in 2022.

And if you’re confused with this even after finishing this blog, then…

The Big Battle: FPS vs. TPS

Well, there might be a lot of reasons to choose one over the other. But, these all come down to personal choices at the end of the day.

So, knowing matters. And you have got to know a little about the ‘perspectives’ of these two popular types of games that are ruling the consoles; the computers and the mobile gaming platforms.

Let’s learn about them.

It is because of the immersive experience and the character standpoint they offer. Playing an FPS brings you much closer to the 3D world and gives you a stronger emotional connection with the character that you are playing.

You call those characters your ‘Avatar’ now.

Here are a few points you want to know about the first-person games:

If you want to play immersive FPS games, then going for Metro 2033 or Mero Exodus; Doom; PUBG (in FPS form); Far Cry Games; Call of Duty games will do you just good.

You might choose The Alien Cube or the Chasing Static, a first-person adventure game.
Or you can try out Dying Light 2.

But they are awesome.

Just think of the success of Fortnite and PUBG in the entire world and that too in the mobile platform.

These games offer you a third-person standpoint.

Yes, a less personal style… but it is worth it.

Otherwise, you wouldn’t be waiting the whole day just to watch the careful gameplay of The Last of Us

Here are things we need to know about a TPS game:

Go for any of the Grand Theft Auto games or The Last of Us or Days Gone if you want a good and immersive third-person gun shooting experience and adventure.

If you want just the adventure, then what better action than the action found in Uncharted games can there be in this genre?

In the case of RPGs, you have already known the names of two giants in that field a few lines before.

To Conclude: Play What You Need

It is not a tough decision. But it might be a tiny complicated.

Wait, you are thinking of making your own gaming set up from home, right?

Well, for that, you may take out simple and instant cash loans for bad credit in case you are suffering a bad credit score or a general; personal loan in case you are not. It can ‘save your savings account’, and you would get the chance to repay the money in an organized way.

For the game, here is what you exigency to know.

Want to create content? Want to explore worlds at the time you play? Want to game and have fun? Want to produce skillful yet entertaining gaming videos? Want a broader view of the world where you are gaming?

Well, play them both and find out yourselves.

Hiring A No Win NO Win Solicitor in Nottingham

What Characteristics do Packaging Companies Need to Have?

What Characteristics do Packaging Companies Need to Have?

Benefits of Using Plastic Pipes in Your Home