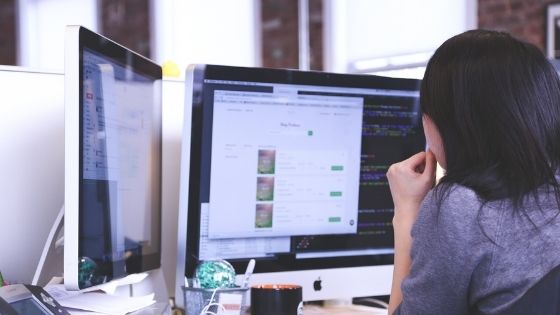 Here are three free video converter software programs for Mac users to help make sure the videos you watch are playing on your device of choice.

VideoProc is a lightweight and easy-to-use video converter for Windows and MacOS. Video files can be dragged and dropped, so you don’t need to go through complicated processes or set up batch operations if you want to convert multiple videos at once. VideoProc is capable of converting most common media formats, but it doesn’t support all codecs. You can download a free trial version of this software, but you’ll have to pay an annual subscription fee to use it for any video longer than five minutes. Overall, VideoProc is a good choice if you need a fast and reliable video converter.

If you’re looking for a more powerful video converter that doesn’t require a subscription, check out Video Converter Ultimate. This software supports all common codecs and offers a wide range of conversion options. It also comes with a built-in editor for basic video editing tasks. Video Converter Ultimate is available for Windows and macOS, and it has a free trial version that converts videos up to three minutes long.

Allavsoft Video and Music Downloader is a versatile program that lets you download videos and music from a number of different websites. It supports over 1,000 different sites, including YouTube, Daily Motion, and Spotify. Allavsoft also includes a robust converter, so you can easily convert downloaded files to the format you need.

This makes Allavsoft an attractive choice if you want to download videos for playback on specific devices. Allavsoft Video and Music Downloader are free to try, although the program does place a watermark on saved files. This amount of control makes Allavsoft one of the best alternatives to Windows Media Player for downloading videos from streaming services.

The Allavsoft interface is basic and unassuming. All you’ll find on the main page is a search bar, a button to start Allavsoft’s built-in browser (or go directly to your default one), and two buttons for adding links. On the lower right, there’s an arrow that brings up Allavsoft’s options, including a batch downloading tool. Allavsoft is designed to be as user-friendly as possible, so it doesn’t have any complicated menus or settings.

WondershareUniConverter is a premium video converting software that provides high quality and fast speeds. Aside from giving you a superior conversion process and final product, opting for a paid tool means you won’t have to deal with ads or upsells.

WondershareUniConverter is split into two parts: Wondershare Video Converter Ultimate and Wondershare DVD Creator. The first is a comprehensive converter that can convert not just videos, but audio files and DVDs as well. It also has a host of features like video stabilization, ringtone making, and disc burning. The Wondershare DVD Creator is perfect for turning your home movies into DVDs.

DivX Converter is software that will convert one video file format to DivX, so you can play it on your DivX compatible device. While DivX Converter offers a functional free version and a paid option, we’ll be focusing on the free edition in this guide for simplicity purposes.

DivX Converter offers both a functional free version and a paid option. However, if you go with the free option, you’ll have to deal with a bombardment of upsells trying to get you to upgrade to the Pro tool. DivX Converter also includes options for DivX Plus Codec and DivX DRM settings, which allow you to specify whether or not these DivX features will be used when converting your video files.

4K Video Downloader is a straightforward video download tool that has enough additional features to make its name misleadingly simple. Available for macOS 10.13 or later, this tool starts with an always-free option that does not restrict the size or quality of your video downloads. 4K Video Downloader’s main interface is a large window displaying a list of videos that have been found on the web. Simply drag and drop one or more videos from this window into the 4K Video Downloader interface, and they will begin downloading automatically.

4K Video Downloader’s main features come in the form of its Preferences window, which contains a variety of options for changing how the 4K Video Downloader downloads and saves videos. For example, you can choose to automatically add downloaded videos to iTunes, convert them to a specific file format, or extract the audio from a video clip and save it as an MP3 file. 4K Video Downloader also includes a built-in browser for finding videos directly on the web, and a “Download Later” feature that lets you queue up videos to be downloaded at your convenience. 4K Video Downloader contains separate versions for Windows, macOS, and Linux operating systems.

Best Appetizer to Serve in your Restaurant

5 Best Ways to Surprise Your Girlfriend With Flowers

5 Best Ways to Surprise Your Girlfriend With Flowers

How to File Nil GST Return?

Why Bitcoin ATMs are Safer to Use?

8 Must Visit Places in Goa

7 Point to Study to Stay with Latest Technology Trends

Everything You Need To Know About Gelatin Capsules